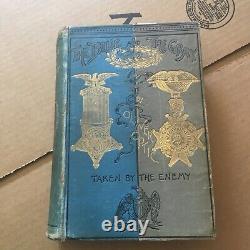 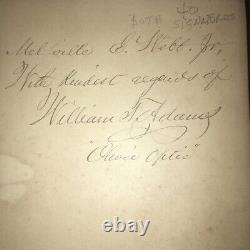 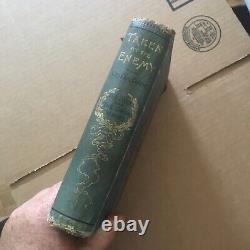 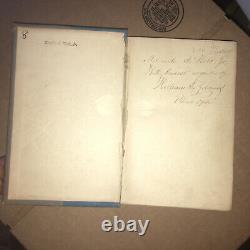 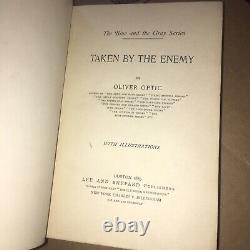 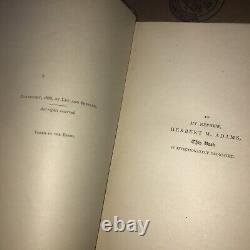 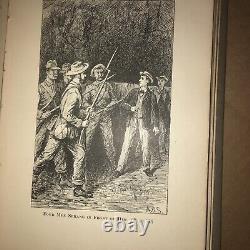 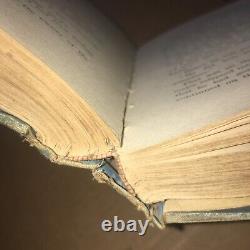 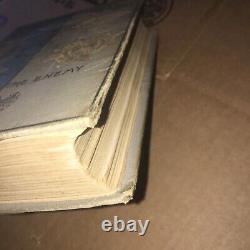 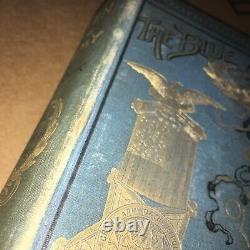 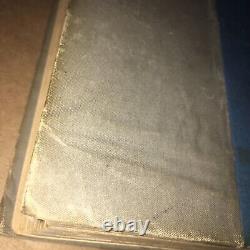 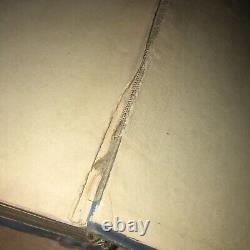 CIVIL WAR The Blue & The Gray: TAKEN by the Enemy. SIGNED by Author, Oliver Optic, to HARVARD Sports reporter, Melville E. 344 pp & catalog to rear. William Taylor Adams (July 30, 1822 - March 27, 1897), pseudonym Oliver Optic, was an academic, author, and a member of the Massachusetts House of Representatives. Adams first began to write at the age of 28, and his first book, Hatchie, the Guardian Slave (1853), [7] was published under the pseudonym of Warren T.

It was only a modest success, but Adams was undaunted. In 1854 Adams produced his first real hit, the initial volume in the Boat Club series. Adams continued to write until he died in Dorchester, March 27, 1897.

[10] Among his best-known works were the two "Blue & Gray" series, which were set during the Civil War. As a sportswriter for the Boston Globe, Melville Webb reported on major-league baseball in Boston for nearly half a century before he retired in 1951.

He was a member of the Old-Timers Committee at the Baseball Hall of Fame from 1944 to 1953, where he participated in the selection of 24 inductees. Webb is most famous, though, for what he allegedly did but actually did not do: deny the 1947 MVP award to Ted Williams by refusing to vote for him on his ballot. Sullivan, the sports editor at the Boston Globe, hired Webb to be the newspaper's specialist in reporting high-school and college sports. 4 During his tenure at the Globe, he became a nationally renowned writer of college football and a human encyclopedia of Harvard College football. I strive to describe the item accurately, and provide photos to help convey the condition.

Thanks for your interest in this item! This item is in the category "Books & Magazines\Antiquarian & Collectible". The seller is "ap197" and is located in this country: US. This item can be shipped to United States.