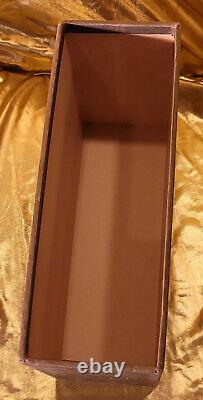 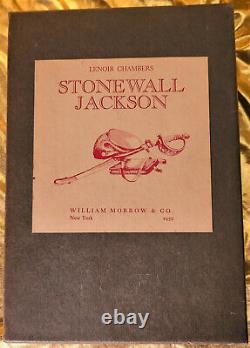 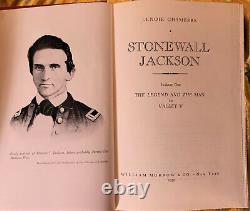 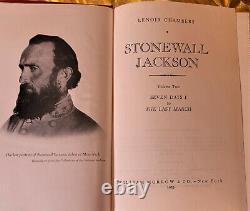 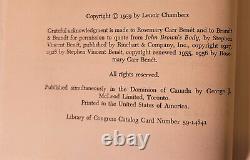 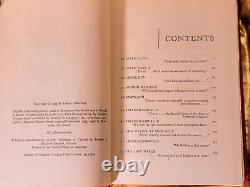 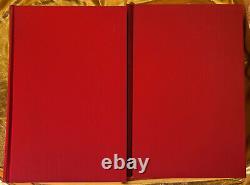 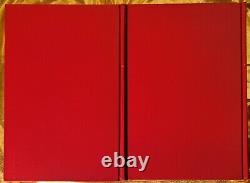 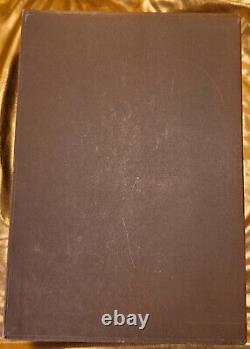 New York: William Morrow & Co. Red cloth hardcovers w/gilt titling on spine only, 8vo 9.25 x 6. As New / very good (slip case), the only flaws are general light scratching to outside of slip case, as expected much more pronounced on the bottom surface than the others. The author of this work, Joseph Lenoir Chambers (December 26, 1891 - January 10, 1970), was an American writer, biographer, historian, and Pulitzer prize-winning newspaper editor. He served in the American Expeditionary Forces, and briefly commanded a combat company, during World War I.

In 1960, as editor of The Virginian-Pilot of Norfolk, Virginia (now owned by Tribune Publishing), he won the Pulitzer for Editorial Writing, for his series of editorials in favor of school desegregation, especially in Virginia. A native of Charlotte, North Carolina, he was elected to the North Carolina Journalism Hall of Fame in 1991.

Author Alex Liedholdt published a book on Chambers, Standing Before the Shouting Mob: Lenoir Chambers and Virginia's Massive Resistance to Public School Integration, in 2008. Quite the distinctive duo indeed, yet another marvelous Capture of Tyme. This item is in the category "Books & Magazines\Antiquarian & Collectible". The seller is "distinctive-books" and is located in this country: US. This item can be shipped to United States.