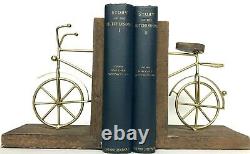 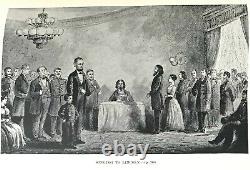 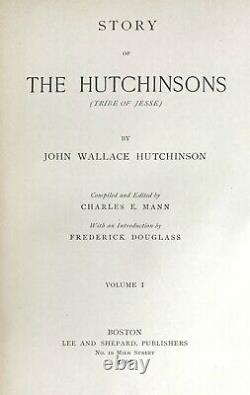 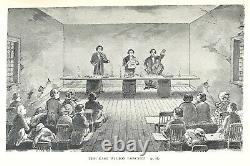 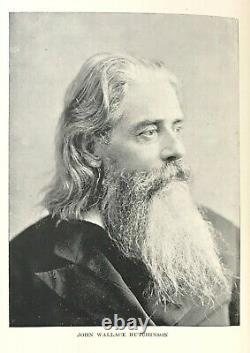 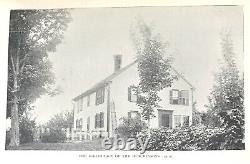 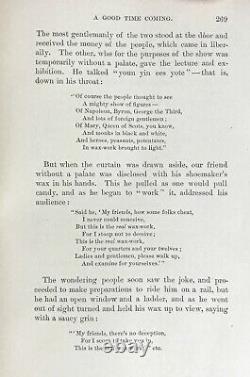 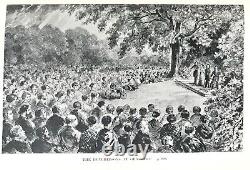 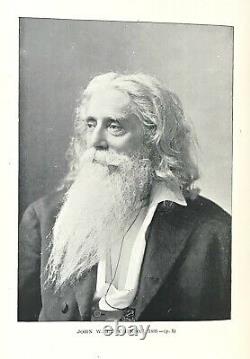 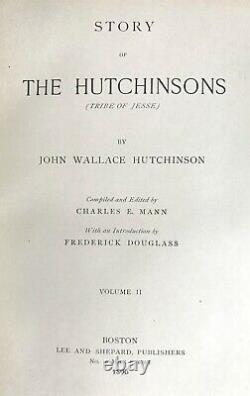 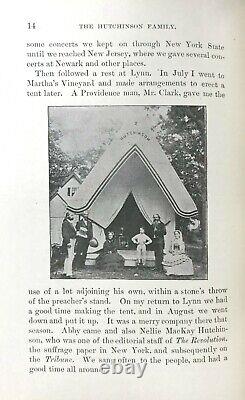 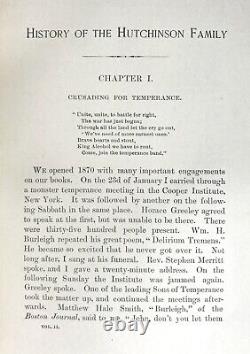 T his sale is for an original 1896 FIRST EDITION of " STORY OF THE HUTCHINSONS " by JOHN WALLACE HUTCHINSON. YOU'LL LOVE THIS BOOK!! The Hutchinson Family was a beloved, and yet controversial, American singing group in the mid-19th century. Their music challenged social problems, taking up causes, primarily that of abolishing slavery and women's suffrage. This complete two-volume set tells their story. When they began giving concerts in New England in 1841, their repertoire included more conventional songs. Then, the family was introduced to abolitionist and writer Frederick Douglass, which changed everything. A fourth brother, the eldest, Jesse, began writing lyrics with abolitionist and temperance themes to the tunes of familiar hymns and folk songs.

The quartet, often called the Tribe of Jesse, sang these songs at anti-slavery rallies, concerts across the nation, and even on tour in the British Isles. Music coursed through the veins of the Hutchinsons, with the families of Judson, John, and Asa each subsequently forming their own Hutchinson Family music groups, their own Tribes. They endorsed Lincoln's presidential campaigns, supported the North in the Civil War, performed slave songs to bring awareness to the circumstance of black Americans after the war, and sang in support of women's suffrage. They sang their own original songs, as well as performing songs composed by others. Several of the Hutchinsons wrote lyrics, however most of the melodies were based upon existing tunes.

Abby was noted especially for her beautiful arrangements of spirituals. This two-volume set contains John's autobiography and the story of his family from his perspective. Telling the story of the Hutchinsons fell to him most sensibly as he witnessed firsthand so many of the family's defining events, particularly run-ins with contention and even violence.

While all the subsequent tribes still upheld the ideals of reform, his family, the Tribe of John, most often sang in more controversial settings. It was John who orchestrated the forming of the original quartet, and John who was the last surviving member of the original tribe. His love for his family and music, the joy and grief of nearly six decades worth of family history, is palpable within the pages. Friend of the family Frederick Douglass provided the autobiography's introduction.

He says of the family and their talent, The Hutchinsons were indeed an acquisition to the anti-slavery cause and to all other good causes. They sang for freedom, for temperance, for peace, for moral and social reform... This gift of music has, like the all-pervading love of God, power to reach, melt, and fuse the souls of men into a sense of common kinship, common brotherhood and a common destiny.

P ublished in 1896, these books are in GOOD+ CONDITION! For their age and especially to be 125 YEARS OLD!!! And firmly bound with no destructive markings. The only notable damage is some scraping and slight tearing along the fore-edges on Volume 2, as pictured. Each book measures 6 1/4" x 8 1/2" and Volume 1 is complete with 495 pages, and Volume 2 is complete 416 pages with appendix and index.

GET IT WHILE YOU CAN!! Please see our other books too! This item is in the category "Books & Magazines\Antiquarian & Collectible". The seller is "rebel_soldier" and is located in this country: US. This item can be shipped worldwide.