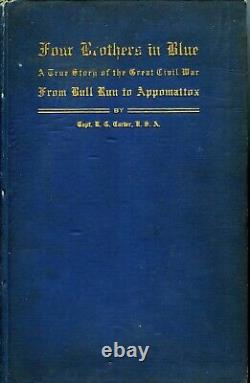 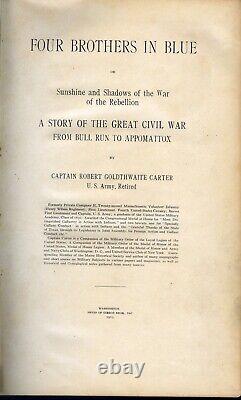 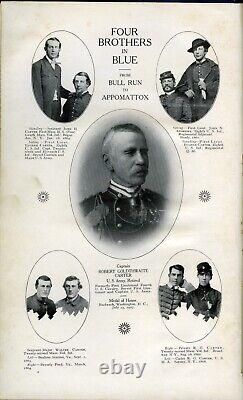 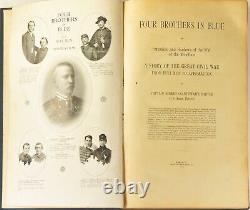 Four Brothers in Blue: A True Story of the Great Civil War From Bull Run to Appomatox. Frontispiece plate with images of the four brothers. These letters, collected and transcribed by Captain Robert Goldthwaite Carter in the 1870s, are among the finest primary sources on the daily life of the Union soldier in the Civil War. Robert and his three brothers all saw action with the Army of the Potomac under its various commanders, Generals McClellan, Burnside, Hooker, Meade, and Grant. At times in pairs but often in neighboring units, they fought on the battlefields of Bull Run, Antietam, Fredericksburg, Chancellorsville, Gettysburg, the Wilderness, and Petersburg. This book is listed in Wright Howes U. Howes listed this book as C-191. According to Howes, the privately printed book was limited to only 100 copies.

Another esteemed historian, Alan Nevins, whose magnus opus is The Ordeal of the Union described Four Brothers as, Singularly unique, for this volume is composed largely of the letters from the field of four Massachusetts brothers; all served in the Army of the Potomac. The word "Brothers" printed in gold on the front cover is rubbed, all corners slightly bumped. Slight fading to title on the spine. Usual age toning in the volume.

This item is in the category "Books & Magazines\Antiquarian & Collectible". The seller is "ibuyautographs" and is located in this country: US. This item can be shipped to United States.