The Spanish Civil War Revolution and Counterrevolution by Burnett Bolloten 1991 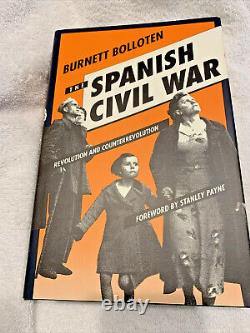 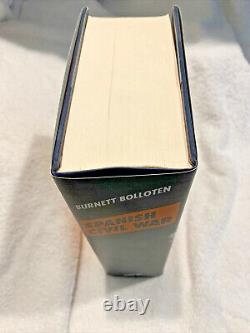 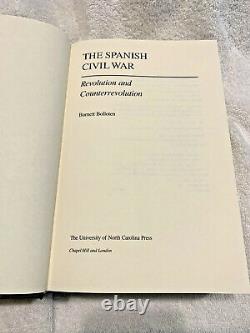 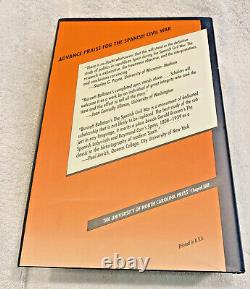 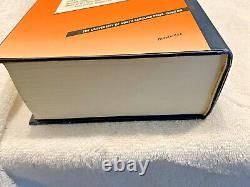 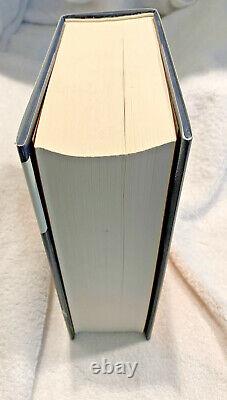 This monumental book offers a comprehensive history and analysis of Republican political life during the Spanish Civil War. Completed by Burnett Bolloten just before his death in 1987, The Spanish Civil War is the culmination of fifty years of dedicated and painstaking research.

While Bolloten's earlier works -- The Grand Camouflage (1961) and The Spanish Revolution (1979) -- ended with the controversial events in May 1937, The Spanish Civil War covers the entire period from 1936 to 1939 and is the most exhaustive study on the subject in any language. It will be regarded as the authoritative political history of the war and an indispensable encyclopedic guide to Republican affairs during the Spanish conflict. Using extensive documentation from a vast collection of primary sources that he accumulated over the years, Bolloten develops two general themes.

First, he meticulously charts the depth and scope of the popular revolution unleashed by the July 1936 military rebellion, showing that -- despite elaborate attempts by some Republican groups to minimize its significance -- the revolution dramatically reshaped the architecture of politics in the Republican zone. Revolutionary committees sprang up in countless villages and towns, creating new structures of economic and political power, largely controlled and directed by workers' organizations. Second, Bolloten argues that the fierce struggle for political hegemony on the left led to the rise in power and influence of the Spanish Communist party. He documents precisely how the Communists managed either to eliminate or absorb their opponents on the left, including Anarchosyndicalists, dissident Marxists, Socialists, and liberal Republicans.

Backed by the prestige and material resources of the Soviet Union, the Communists gained decisive control over nearly every phase of public life. Underpinning Bolloten's analysis of the Communists' rise to prominence is his carefully researched discussion of international diplomacy during this period. Book is in newly new condition. Monument of dedicated scholarship that is not likely to be replaced.

Study of the subject in any language. Paul Avrich, Queens College, City.

Los Angeles Times Book Review, The research is. Exhaustive, the treatment objective, and the interpretations and conclusions.

Payne, University of Wisconsin-Madison, [A] monumental. [Bolloten's] style is chaste and his objectivity laudable. Burgess, Los Angeles Times Book Review. This item is in the category "Books & Magazines\Books". The seller is "priate_king" and is located in this country: US.